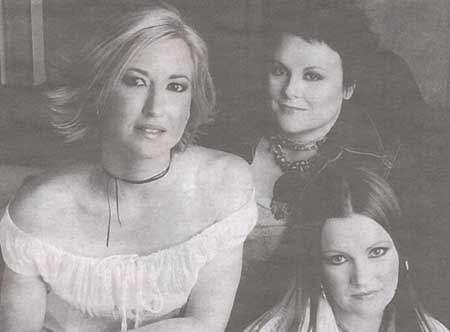 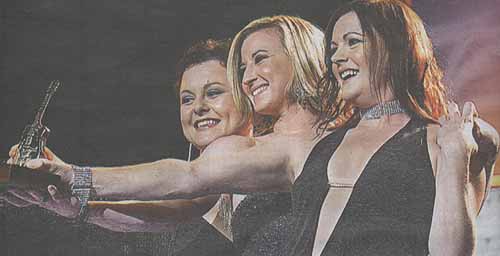 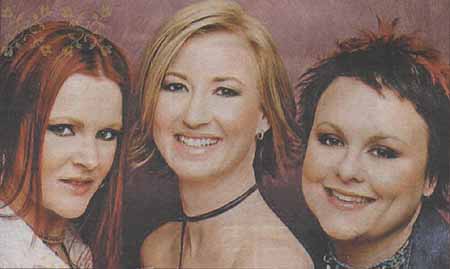 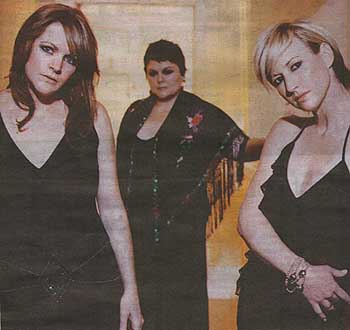 Country music trio comprising Karen O’Shea, Lyn Bowtell and Kate Ballantyne. Bella originally formed in 2003 under the name Anam Cara (Celtic for soul mate). Karen and Lyn are both graduates of the 1997 CMAA Australian College of Country Music, and all have very strong connections with one of Australia’s most prestigious talent searches – the Toyota Star Maker Quest. Lyn won Star Maker in 1997, Kate in 1998 and in 1999 Karen was a grand finalist.

WHEN country starlets KATE BALLANTYNE, LYN BOWTELL and KAREN O'SHEA teamed up to form a musical trio late last year, they had no idea how far the venture would take them.

Less than six months after the formation of BELLA (formerly ANAM CARA ), the girls picked up the coveted GOLDEN GUITAR AWARD for Best Vocal Group in January this year.

Proving their potential, Bella picked up the award simply on the strength of their debut EP which features the single, Tumbling Down.

'I went into a little bit of shock when they announced our name,' Ballantyne said.

'We were ecstatic, with three girls you can imagine, we were over the moon, crying.'

'When we got up on the stand, we were all just speechless. I don't know how they expected three girls to make a short speech!' Bella has since signed a deal with OCEAN ROAD MUSIC and are focusing on the next step in their short career an album which is due for release in August 2004.