The spark for Fire was lit in 1968, when Jeremy Bean, Stephen “Randy” Russell and John Norton West found themselves in the same first form class at Cardiff High School. John had just moved to Newcastle from Sydney, Jeremy from Perth. The three soon became friends and music was a favourite topic of conversation (Shakespeare and integral calculus would come later). In 1969 they decided to form a band. Steve already played violin and his brother had an acoustic guitar, so guitar seemed a natural fit for him. Jeremy had always wanted to play drums. That left John to work out what the bass guitar was and teach himself how to play it. Their first rehearsal was at John’s place in First Street, Cardiff South, with Jeremy playing drums on an empty suitcase. The Beatles’ “Norwegian Wood” was an early sacrificial number. 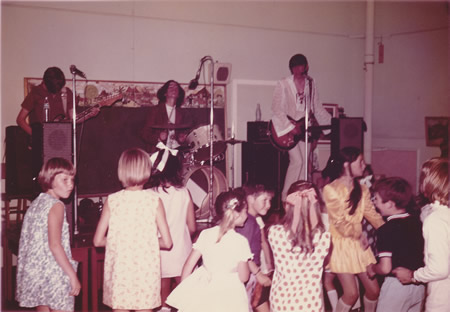 Fire’s first gig was a Sunday afternoon dance at Garden Suburb Primary School on 25 October 1970, for an audience of very teeny boppers. Other gigs soon followed at suburban community halls like the Mayfield YMCA as well as Tyrrell Hall (at the top end of Hunter Street). The band also performed at dances out of town at places like Singleton, Muswellbrook, Stroud, Bulahdelah and Tea Gardens. Before the boys could drive, it was Jeremy’s dad, Dr Bean, who served as roadie, towing the gear in his trailer. As the band developed, they began to play more regularly. The boys were chuffed to score a few gigs at Newcastle Town Hall, which pulled a big crowd (elements of which inspired Fire’s first original number, “Town Hall Honies”), and then to play a couple of times at the legendary Bus Stop Disco, which they’d earlier frequented as young punters to watch bands they idolised like Chain. 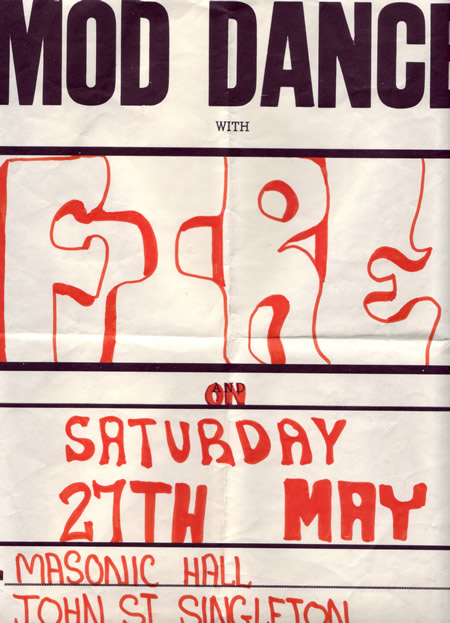 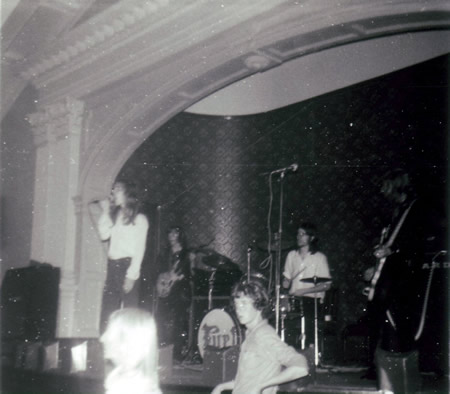 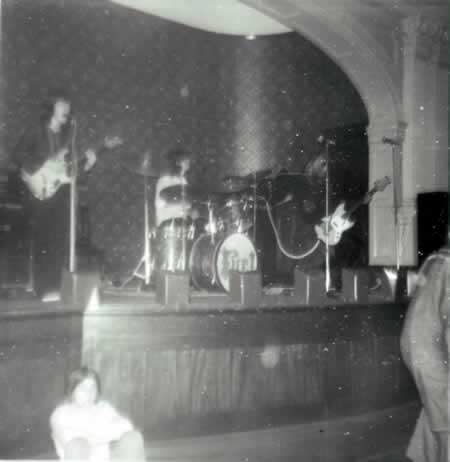 Fire was mainly a rock and roll band but had a good grounding in the blues and was adding a lot of the new heavy metal bands to its play list. Major influences included The Rolling Stones, Chuck Berry, the Easybeats, Free, Cream, Jimi Hendrix, The Who, John Mayall's Bluesbreakers, Johnny Winter, Led Zeppelin, Deep Purple, Black Sabbath, Ten Years After and Robin Trower. 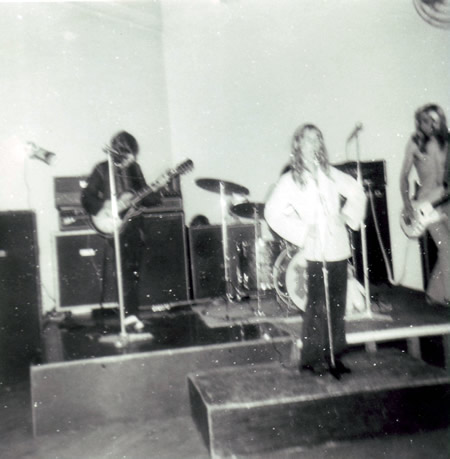 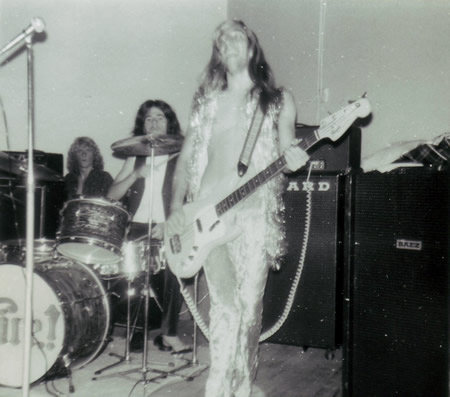 Steve did most of the singing, with John on backing vocals. John also occasionally took the lead. In 1972, Geoff “Noofy” Turner joined the band as lead singer. The addition of a frontman was a key development. Later that same year (1972), the band reached the Newcastle finals of Hoadley’s Battle of the Sounds, held at Cessnock Police Boys’ Club on 30 July. It also received an invitation to tape a segment for NBN 3’s “Valley Sounds” rock show.

First Heat of Hoadley’s Battle of the Sounds,
The Junction, 1972 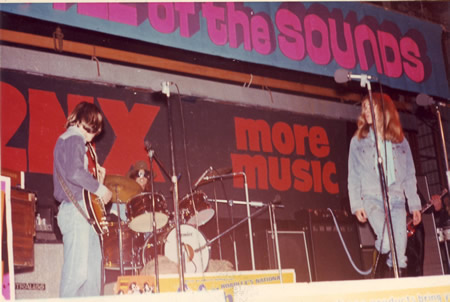 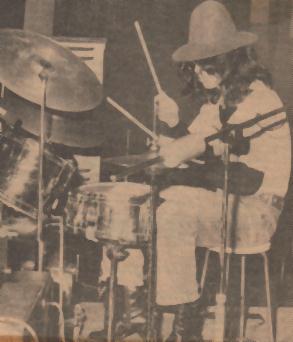 The scene at the Newcastle finals (Heat 2) of the Battle of the Sounds, Cessnock Police Boys’ Club, 30 July 1972.

Fire didn’t last long after the boys finished high school in 1973. However, while at Newcastle Uni, Steve and John continued their musical partnership in a band called Hooch, a trio formed with new drummer Les (second name not known). This band would then morph into Rat Salad. Geoff, meanwhile, moved on to the band Middle-Earth but also later returned for a stint with Steve and John in Rat Salad. John and Jeremy left the Newcastle region after university.