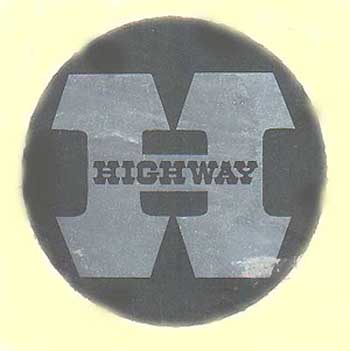 A band with a short life span but a BIG sound, for which I was also the roady. (John Chisholm) 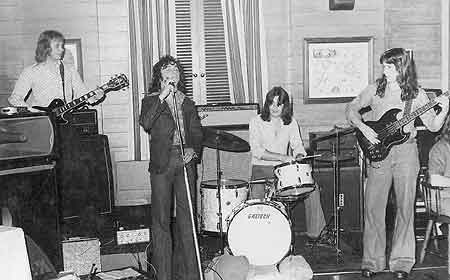 Formed after the demise of 'Mata Hari', this was probably one of Newcastle's first 'super groups'.

Neale Johns: was fresh from 'Fraternity' and 'Blackfeather'.

This band had a relatively short life, as the list of gig's below shows.
They had purchased most of the 'Mata Hari' sound system and their music was streets ahead of the rest of the Newcastle scene, Dave was experimenting with the new technology of 'stomp' boxes and delays, and 'the funky one' had his whole drum kit miked up, and fed through the p.a. They also let me experiment with synthesizer tape loops at the start of some songs, something which hadn't been done by any other local bands, to the best of my knowledge. Like I said, the band had such a short life span that the memories are a bit hazy. They only made one trip out of town, that was to play St Marys in Taree, the rest were all local gigs. I have no memories as to why the band broke up, but I do remember that we always had fun.

After the split Neale, Lee, myself and another guy whose name escapes me, went for a holiday up to the Gold Coast. That was an 'interesting' trip.

WHERE DID THEY GO FROM HERE

Neale Johns: Went back to Sydney to form "Feather", and then reform "Blackfeather". He then went to the UK and joined "Fingerprint", then "Johns and Gallin", with Con Gallin. I do remember seeing Neale in a band around town with his brother Max on bass, but can't remember it's name. He also has links to other bands "Stone Ostrich", "Flake" and "Clawed Rains". See "Blackfeather" revived yet again, at the bottom of this page...

David Hinds: Joined "Rabbit", when the bunnies folded he joined popular Sydney hard rock outfit "Finch" / "Contraband". He remained with that band until the end of 1979, appearing on the albums 'Nothing to Hide' (1978) and 'Contraband' (1979). David went on to join local Newcastle band 'The Idols'. In the end he settled in Port Macquarie and started Hindsong Recording Studio's. Playing in a Port Maquarie bands 'The David Hines Band' and 'Dangerous Mongrels'. He has been in 'Balance' with wife Lyn for the last decade. Just formed 'The Flamin Bullantz' in 2006.

Lee Brossmann: Went to Sydney with Neale to join "Feather / Blackfeather" with Stuart and Warwick Fraser. When they folded he went to Melbourne to join the "Brodrick Smith Band", (I think?) He went on to play with "Jackson Browne" and do session recordings with such names as "Marcia Hines" and "Renee Geyer". Was Playing in local Newcastle band "The Amigos", now playing with "Gold Cadallac".

They all flew off into the sunset

and that was the end of the short life of Highway.