Hooch was born in 1974 from the ashes of the Cardiff High School band Fire, and was a continuation of the musical partnership between Stephen Russell (aka Randy) and John West (commonly referred to by his middle name, Norton). With new drummer Les (second name unknown), they formed in Hooch a hard rocking trio whose repertoire also occasionally included blues and boogie standards.

It was Steve who came up with the name Hooch. The reference to illicit liquor seemed a good fit for a group trying to keep rock alive in the face of the emerging disco juggernaut. Steve was wont to perform with a bottle of Jack or Jim perched on his amp, from which he’d take regular swigs. Les had an impressive looking drum kit, of which he was very proud. His common boast was that he had the biggest hanging toms in Newcastle (it’s assumed he was talking about his drums), but that boast was never truly tested. Steve once asked him if he used phallic cymbals, but Les answered indignantly: “No, they’re Zildjians!” Les was a true drummer. Norton, in keeping with the times, had a German “No nuclear energy” sticker on his bass (“Atomkraft, nein danke!”) and a “Save the Whales” sticker on his bass amp. Was it a coincidence that the amp emitted a high-pitched whale-like squeak when he turned it on? 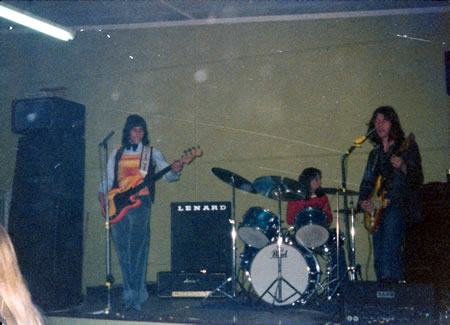 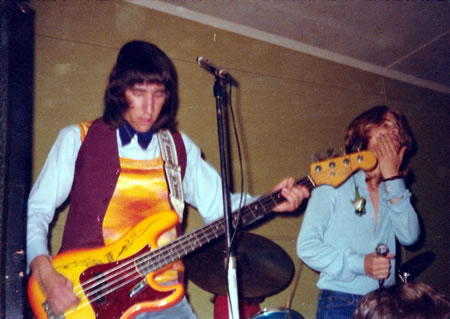 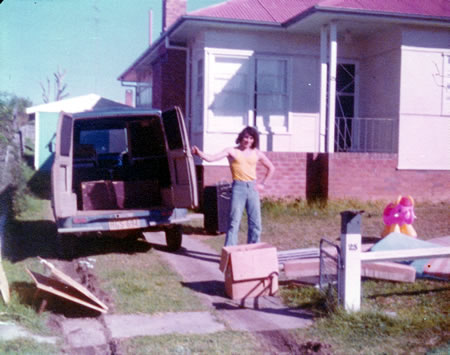 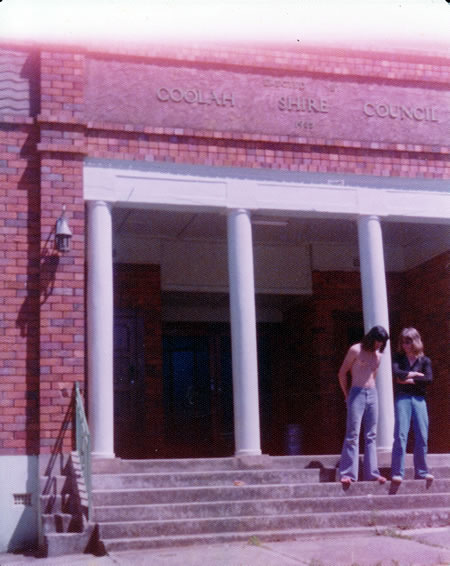 Norton and Steve on the steps of Coolah Town Hall, the morning after a gig.

Norton’s brother, Stephen “Basher” West, served as roadie for a period. Basher had a blue van of which he was very proud. It featured bull bars – “effin’ big ones”, as he was fond of pointing out to other drivers. As his nickname might indicate (Basher by name, basher by nature), he was handy if ever crowds got rowdy, as happened memorably once at the end of a New Year’s Eve gig in Redhead. Quaintly, the brawling punters hit pause on their altercations to allow the band to pass through with the gear. A nice sign of respect. It was a different scene outside, though. Fortunately Basher was there to impose his presence.

The band played regular gigs at suburban venues in Newcastle as well as at places up the Pacific Highway and up the Hunter Valley (eg Singleton, Muswellbrook, Coolah). When Les left and new drummer Glen "Butch" Butcher joined a couple of years on, the band morphed into Rat Salad.