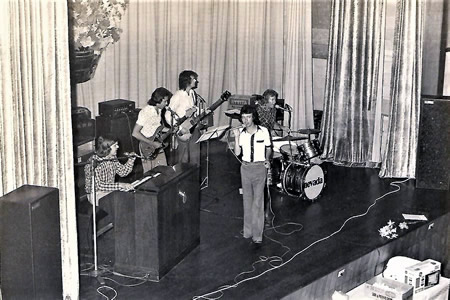 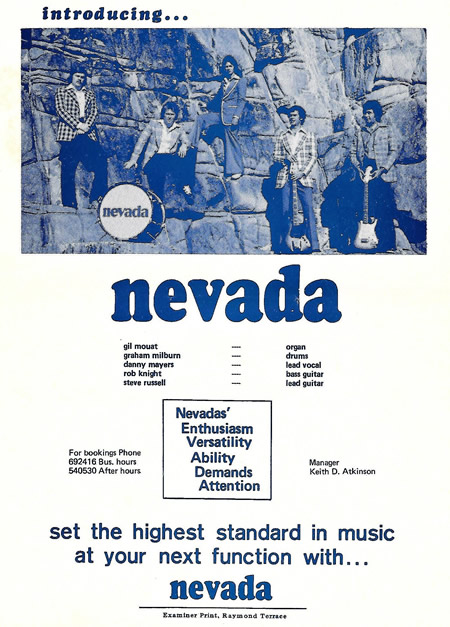 Around 1976, they became resident band at Waratah-Mayfield RSL and signed a 12 month contract to perform Friday and Saturday nights followed by a 10:00am Sunday “Sick Parade” for backing guest artists, singers, comedians, etc. together with other assorted functions throughout the year. For a period, Graham Lamond added saxophone to the line-up. 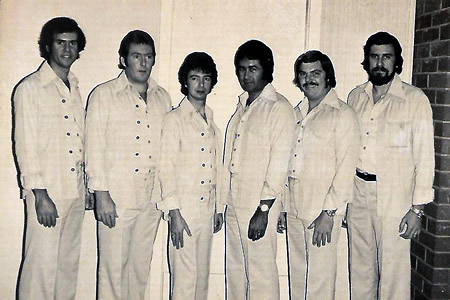 At EMI, they recorded Eric Carmen’s “That’s Rock & Roll” but before its release, EMI were instructed to promote Shaun Cassidy’s version that had coincidentally also just been released! The flipside showcased their harmony abilities with a “Four Seasons” version of “I’ve Got You Under My Skin”.

In December 1976, Chris Robinson replaced Graham Milburn who moved to the USA and joined a country band called “The Windjammers” that were based in Las Vegas “Nevada” of all places, they also performed in California, Utah and Arizona. 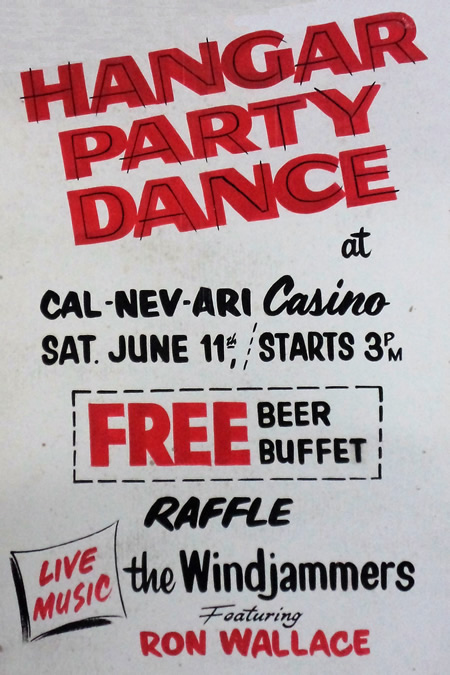 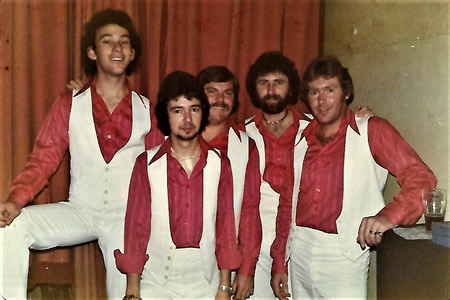 Gil Mouat was successful in negotiating a South Pacific cruise gig on P&O’s Arcadia and the band was so well received that they were offered an upcoming 6 week cruise to Japan to pick up the replacement for the "Arcadia", the “Sea Princess” but unfortunately work commitments prevented this. 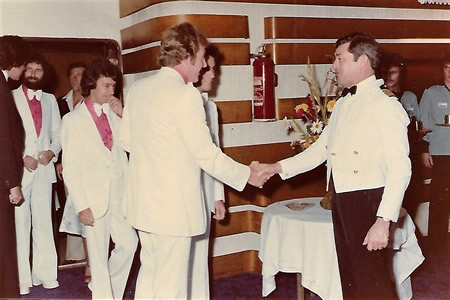 Some time later, maybe 1980, Danny Mayers and Graham Milburn left with the intention of forming a club act. It never came to fruition as Danny became the lead vocalist with “The Delltones” for many years. He is still performing and at the time of writing he has a successful “Cliff Richard” tribute show. Graham went on to perform with several local groups including Alan Ward, Peter Wall, John Noble, Wayne Cooper, Gary Davidson, etc.

“Nevada” continued at Waratah-Mayfield RSL as per Rob Coxon’s story below. 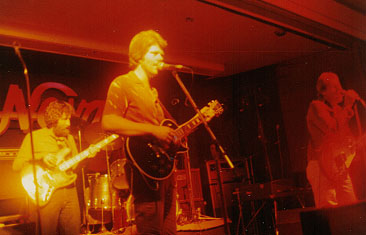 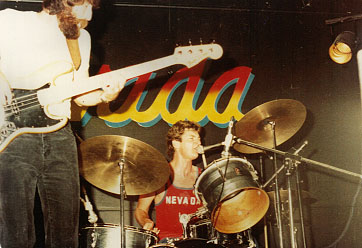 This band lasted for about a year. We were resident at Waratah Mayfield RSL, plus we did a cruise on the Oriana, a few mid week gigs at the 'new' Palais, and we supported Heroes and Midnight Oil. 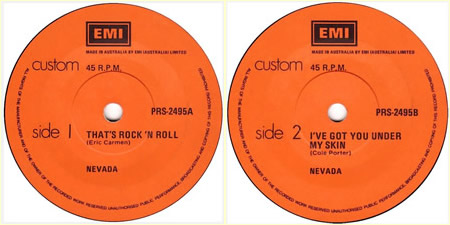