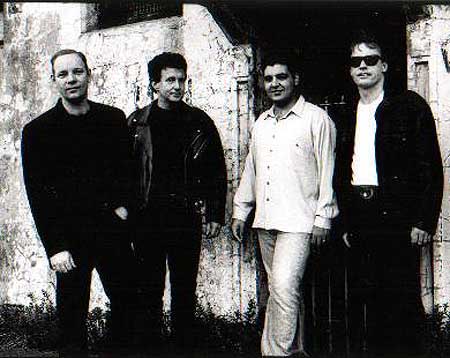 X Offender had commenced regular work in 1979, when drummer Russell Baker decided to link up with one of Kel Gordon's bands, with Mark Allen linking up from a local Maitland band. The final gig of the first line-up including Russell, unusually saw the introduction of new drummer Mark for the last set on the night.

The band was starting to work up to 5 times a week before recording 4 original songs at the Cordial Factory Studios with Tony Heads.

'Comin' Down The Line'

'All I Ever Wanted'

Whilst opening for Jimmy & The Boys during 1980 the band was approached by, and signed with, a non Newcastle agency, 'Omega Promotions'. A single was cut and released of the first 2 songs above The final production of the single was credited to Tony Heads, with Mark Tinson (Heroes) being involved in the remixed and final version released.

The band continued to work regularly around many of the Hunter venues; eg Bel Air, Ambassador, Doylson RSL, Mawson Hotel, Hunter River, Catherine Hill Bay, Charmhaven Hotels etc etc, often opening for DV8 and Atlantis, (having much respect for both Greg Bryce and Peter Anderson from these bands). It also returned for the final of the 1980 Raworths Battle Of The Sounds at The Palais.

Most Sydney work allowed the band to play more original material, and gigs were generally with local and overseas bands of the time, such as Lonely Hearts,The Eyes, Outline, Radio Active(UK), The Benders(Melb), Flowers, The Voices, Lipstick Killers etc etc.

Plans were to record an album with the original material that had now been accrued during the year, were quickly faded in December 1980 following the departure of Nigel Griffith to Melbourne, to start a career teaching music. The band decided to called it a day.

A special thanks must always go to the un-named road crew, the regular group of troupers who travelled plenty of distance to watch the band develop and Lorraine Macey, journalist from The Star, for their support of the band during those hectic years.

20 Years On....... in 1999 the original X-Offender single and other material written in 1980 was updated and (re) recorded, (this time minus the keyboards), in Damien Gerrard Studios in Sydney, as part of a planned album. The large old X-Offender backdrop was dusted off, an old song list revived, and an Annandale audience of 200+ people got to hear something that had occurred 20 years previous. Only the one original founding member from Newcastle was left to "fly the flag" for the last time .......(see photo..... the old X-Offender referred is far left in photo). 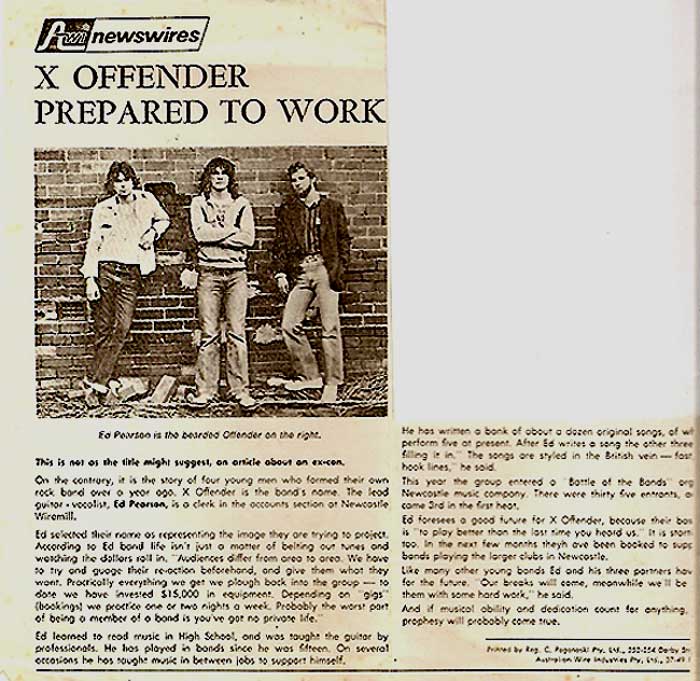