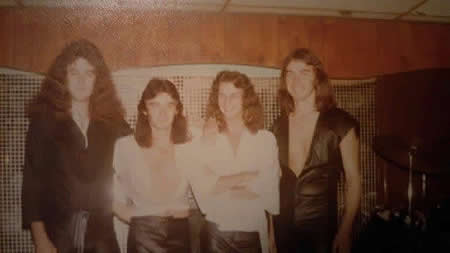 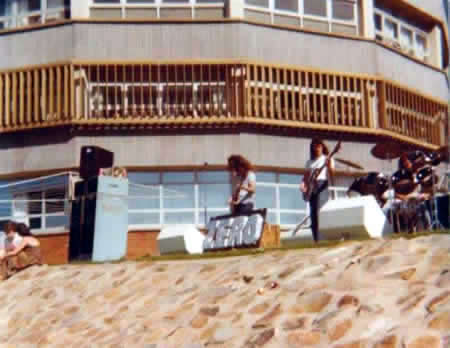 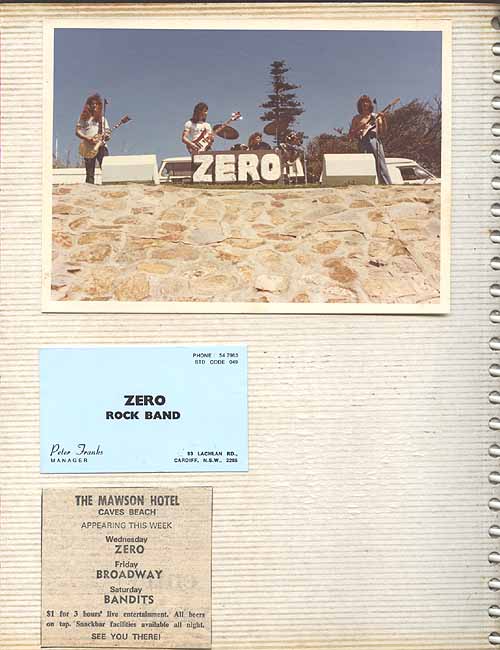 'Wink' had just split up and guitarist John Pomfrett and bass player Alan Ashburn were looking for a new band. They teamed up with drummer Mark Robinson from 'Sky', and guitarist / vocalist Howard Barnden from 'Pagan'.

Straight away the band started playing John and Howards originals plus a mixture of covers around the 'Aerosmith style of rock'. The rehearsals began in a church hall in Church Street then we managed to practice at Watt Street where we got the hall for free, what Alan our bass player forgot to tell us was that we had to practice in front of an audience, you guessed it the 'loonies'.

Gigs included the Lakes and Ocean Hotel at Forster, the Beaches Hotel Watt Street Newcastle (now the Mercury), The Mawson Hotel Caves Beach, The Poplas Hotel Taree. And Monday Tuesday and Wednesday once a month at Tillys Tavern (formerly known as Zorbas).

Band meetings where held at the Bel-air Hotel where our Drummer Mark was taking out one of the bar maids, we always managed to get our drinks for free.

Our P A at the time was probably one of the biggest in Newcastle. I still remember lugging them around, we all needed a convoy of wagons to carry the assortment of blue j bins and horns around even at rehearsal !!!

Although great mates, due to lack of gigs and bad management (or no management), 'Zero' eventually folded.

The last gig was on the 13-4-78 at Tillys Tavern. The 3 white HQ panel vans and white Kombi had to be sold, and most of the guys went on to carve out their respective music careers in other formats, as you'll see if you continue browsing this site.