"Back in the day, when bands dressed up!"
This pic was with red cardigans, but we also had red jackets for more formal occasions, AND, that thin black tie! 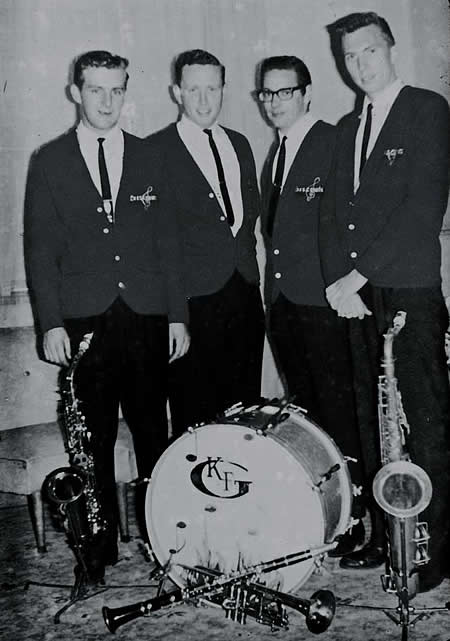 Formed in 1960 The Crescendo's were a 4 piece dance band.
A vocalist could be hired as required. (or if it could be afforded?)

Played Winns/Princeton as well as other wedding venues around Newcastle and Lake Macquarie as well as a few Club's in the area.