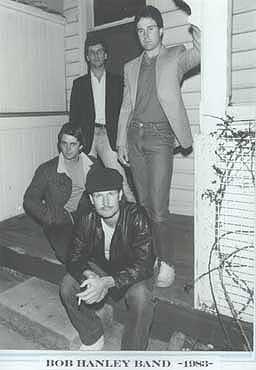 It was around March 1983 when drummer Mark Robinson, guitarist Larry Shone and bassist Brett Carson got together withBob Hanley. 'The Globes' had just split up and Bob had just returned from his stay in Melbourne. We started rehearsals at 300 Darby Street, where Mark and Laz were living at the time, and because it was the inner city we never had any noise complaints.

After the full on 'Globes' experience of being weekend pop stars, we all wanted something a little more serious from our music. We utilised Bob's powerful vocal range and were able to do a lot of diverse music, from 'Renne Geyer' and 'Atlanta Rhythm Section' to a bit of 'Matt Finish'.

At the time I was playing a stint with 'Cowley Neal & Hoffman', Larry and Brett had just started with the 'The Kookabrothers' and Bob had a regular gig at the 'Palais with 'Slippery When Wet'. Somehow we were able to squeeze gigs in, working Fanny's midweek and the Cambridge Hotel and Jewel's Tavern on Sundays.

Eventually as the workload increased Larry and Brett left and were replaced with bass player Rod Dean from Atlantis' and guitarist Paul Trimble from 'Daniel' and 'The Skates'. Mark had just finished doing a three month stint with the 'The Skates' and Paul seemed an ideal guitarist to move the band forward.

With the new line up in place we changed our style of music to the contemporary radio format of the time, anything from 'Nik Kershaw', 'Spandau Ballet' and 'Billy Idol' to 'ZZ Top'. If you heard it on the radio coming to the gig, you would be pretty sure to hear it at the gig!

Bob started getting work for the band and had us playing at places where they didn't even have live music. We mostly followed on the back of 'Cowley Neal & Hoffman' gigs, in fact it was Jim Neal that suggested we try the Beach Hotel. We started playing Saturday afternoon from 4 to 8. The first week we had about 25 people, then it became almost as big as Sundays! Sometimes we would finish and roll up at the Jolly Roge and play till 3am in the morning, and that would be after working 4 nights that week!

Bob had us working everywhere, we were doing Fanny's every week, the Delany Hotel, Tubemaker's, Market Square Tavern, Bel Air Hotel and a Sunday residency at the Grand Hotel, which we started. 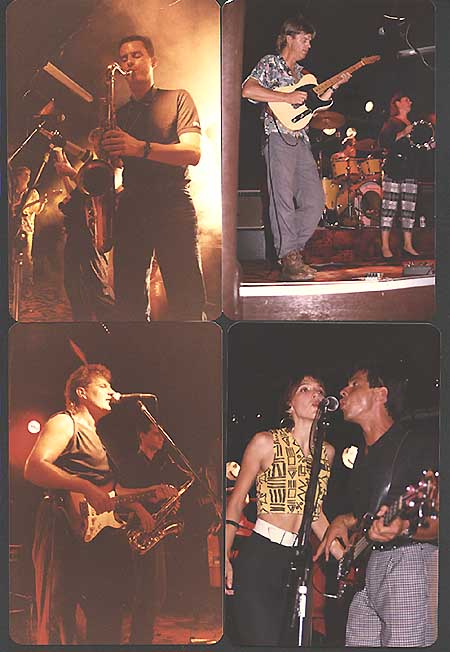 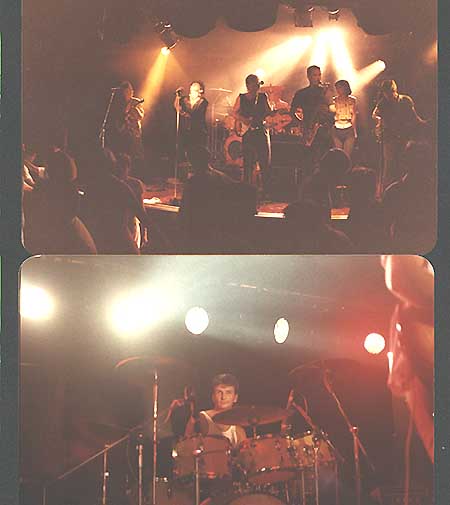 At Fanny's we would support acts like 'Normie Rowe', 'Darryl Braithwaite', 'Doug Parkinson', 'The Drifters' etc. It soon became too much for Rod Dean and he was replaced with Kent Jackson. 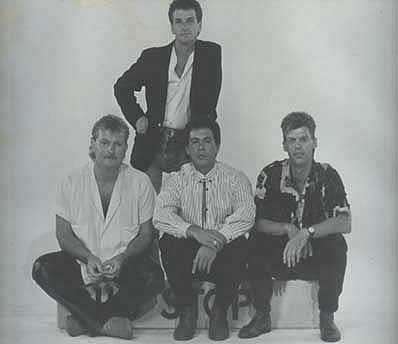 With the new line in place we just went on and became more popular. I was earning more money from working nights, than my regular day job! One week we played three night club gigs in a row, I think I managed to have about 9 hours sleep in three days. Bob was killing us, it would be nothing to work Monday through to Sunday and have Tuesday night off for rehearsals.

Paul decided to leave and form 'Big Bam Boom' with Peter Teague and he was replaced with Chris Reynolds. Bob had started cutting the workload back and started doing solo and duo work. After Bob had returned from an overseas holiday he had done his back in and the band decided to part ways, only later to regroup and form 'I Go Bang' with Richard Boyle.

Bob went on to create his very successful solo career that continues even to this day. Members still playing are Kent Jackson in 'Juicy Fruit', Richard Boyle in the newly formed 'V Dubs', Larry Shone with 'Radio Ga Ga', and Mark Robinson and Brett Carson with 'Misbehave'.