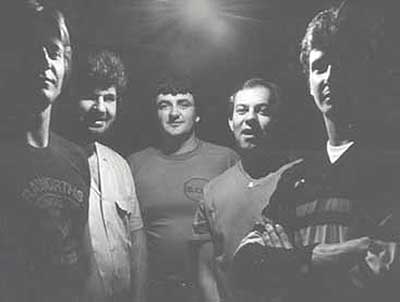 The first lineup of the 'Globes' was me Larry Shone, Mark Robinson and Roger Koller.....we approached Bob Hanley ...(older and respected muso that we thought was cool because he was 2 years ahead of us at school and had been playing in bands...'Bluegrass' etc for years already)....in a pub at East Maitland and to our amazment he left what he was doing and he joined us...first 'Globes' 4 piece with Bob on rhythm guitar....then he left for Melbourne and we got Mick Armitt....shortly after that we got runner up in Raworth Battle of the Bands at the Palais, and Ross 'Rex' Melville who had been with 'Harliquin' for years, walked up to us and said he wanted to join ....so away we went again!

It must have been early 1980 when Ross 'Rex' Melville became the new frontman for 'The Globes'.

Mark Robinson remembers: "I fronted Ross down at Rayworth's Music Store and asked him to join our band, he told me he was happy playing in 'Harlequin'. It wasn't till some months later, when we were supporting 'Heroes' out at Blacksmiths Sportsman's Club, that Ross walked up and said I want to join the band".

As soon as Ross joined we started getting real gigs and a lot of them. It wasn't long before we updated our P A and acquired a roady, that being Peter Whollahan. We then went on a wage, which was $70 bucks a week.

It was nothing to do The Palais on a Wednesday, The Shortland pub on a Thursday, Muswellbrook Workers on a Friday, The Castle on Saturday and rock up and do the Charmhaven Hotel on a Sunday.

We became 'Heroes' favorite support band because Ross knew how to work a room, and warm up the crowd. Other supports included, 'I N X S', 'The Reels', 'The Radiators', 'Russell Morris and The Rubes', 'Dalimore', 'Mother Goose', 'Outline' and countless others.

It was a great learning curve we learnt a lot about professionalism from the touring bands, we eventually bought a truck, leather pants, bright clothes and started dyeing our hair. It was the 80;s and we loved every minute of it. We were very fortunate to have a talented songwriter in the band that being the very dry witted Michael Armit. 'The Heroes' Mark Tinson quickly saw an opportunity and we headed into the 'Cordial Factory Studios' to record our first single. It got a good review in 'Ram Magazine' at the time, and with a reasonable amount of airplay it made it to no 22 on the 2NX chart, and no 14 on the 2KO chart. And the same week no 91 on the Australian National Chart for the week of 11 may 1981.

We started having our own support acts. We appeared on Channel 3's Telethon, Radio station 2NX had us appear at one of their summer series beach concerts at Redhead Beach. We were all in our early twenties at the time some of us were getting married others were getting divorced there was no shortage of girls, drugs, or parties to go to that's for sure. The commradierie amongst the other bands at the time was also fantastic and most muso's would end up partying to dawn either at the Castle or Nitemoves.

'The Globes' decided to go on holidays and ended up playing on the P&O Cruise Liner the ORIANA around the Pacific Ocean. 'Nodes Levity' had paved the way for Newcastle bands many years before, and this was a great opportunity. I can still remember certain members of the band had to hurriedly use all their stash before we hit customs back in Terra Australis, because bands were notorious for attracting sniffer dogs through all the band equipment. Within weeks of returning to Australia everybody had pretty well had enough, 'Heroes' and 'Atlantis' had just broken up. Our demise was inevitable; 'The Globes' last gig was at The Palais Royal on Wednesday September 15 1982. All the local muso's were there. (and a few old groupies) The gig was a fitting end to one of Newcastle's most popular bands of the era.

In 1990 four fifths of the band reunited and became just as popular a decade later in 'Radio Ga Ga'. 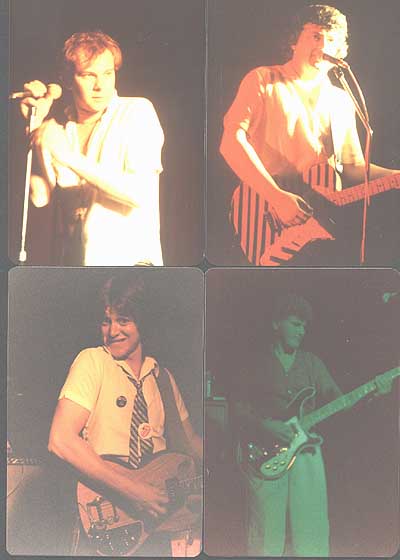 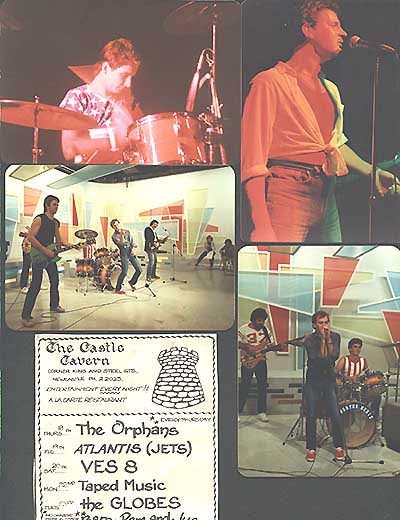 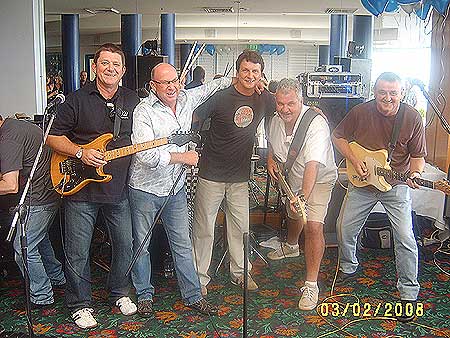