Ronnie Peel and I were writing some songs and thinking about a band to record with. Mark Tinson was upgrading his studio and he gave me the old 24 track and mixer which I installed in my garage. It's known as the Sandpit.

We recorded guide tracks of our originals in the Sandpit and added drums with Les Gully at Impromptue and Electric Tree Studios. Back at the Sandpit we added Warren 'the Pig' Morgan's keyboards and Grahame 'Face' Perkins bass.

We had it mostly finished, I had already done most of the guitar parts lead-wise when we decided to look around for some guests to polish things off and came up with Chris Turner (Rose Tattoo, Buffalo, Scattered Aces) on slide for 'Willie the Kid'. Chris owned Big Rock Records which was the label we released the 'CoverStory' album on. 'Willie' was also released on '35 Years of Big Rock'.

Marty Burke (Milestones, Goatband) added lead on 'Come Monday Morning' and 'Secondhand Shoes', Bruce Mathiske added a solo at the end of 'Gone, Gone', Mark Tinson added mandolin to 'Shit Comes Down' and lap-steel to 'No Excuse', Juan Gonsalez (JPY and the Allstar Band) added a solo to the end of 'Tears of Blood'. Pam and Les Gully added backing vocals to a few songs. 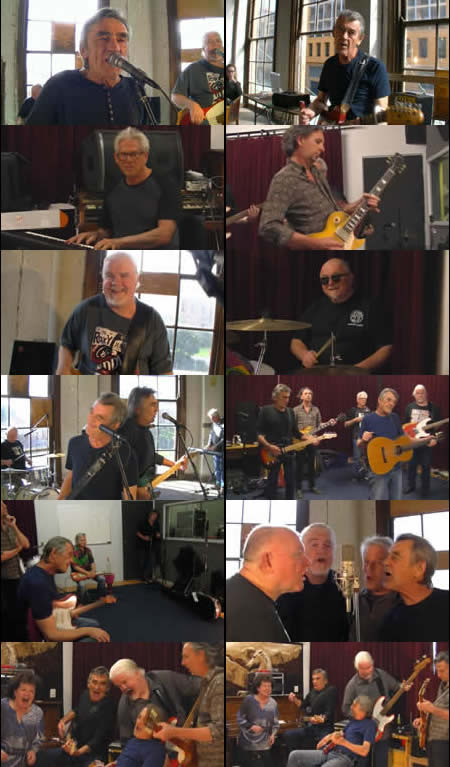