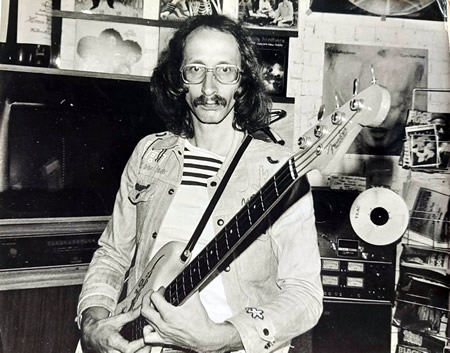 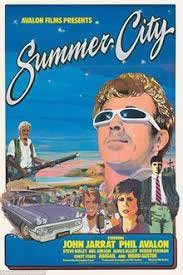 I think it's historically "interesting" that the soundtrack to the first movie that Mel Gibson was in, “ Summer City ", was recorded in what was left of the old 2NX Radio studio, not far from where Ell's Bookshop used to be in Hunter Street.

Phil Avalon managed to raise some money to finance his dream. To "produce" it, he asked various people to be a part of it, until the money ran out.

In fact, I was married to Steve Bisley's sister, and Steve had just managed to survive NIDA (along with Mel Gibson and John Jarrett).

I was living in Warner’s Bay at the time, and Steve Bisley came to visit me and his sister, Kristin. He was taking a break from shooting scenes at Cam’s Wharf, and Steve said: “Why don’t you write some music for this film?“

He came back a week later and asked me if I had anything. I had a few more-or-less random bits ‘n pieces that he thought were “good” and he took the tape back to Sydney. After a while, I was offered a “contract” to provide 30 minutes of music.

Three days after signing, Avalon’s on the phone with “have you got something ready, yet?” The “recording studio” wasn’t even quite finished yet!

At one point, during filming at Catho, there came a knock on our door, and in came Steve and Mel - both starving. We cooked a roast lamb for them. Never saw two guys demolish a roast as fast as they did.

We managed to throw some music together, with help from a few people in just over a very long week.

I remember one night sitting with Bob Fletcher at the mixing desk. We were tired and stoned and took half of the mixer each.

The ironic thing about all of this was that, in the end, I was one of the few people involved who actually got paid any money.