"The Starlites"
Live at the Orient Hotel Newcastle 1962 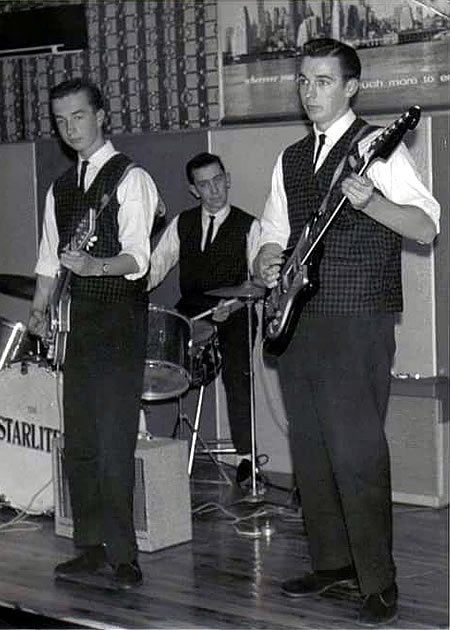 Formed in 1961, John Shortland and Keith Shortland on Guitars, Garry Whipper on Drums, Peter Mathews on Piano. Resident band at the Rendevous Café Friday, Saturday, Sunday nights 9-12, a big hangout after the Palais and town hall dances had finished. People used to fight to get in.