It’s not often these days that dance floors shake rattle n roll to the vibes of local blues talent, but The Foggy Swamp Blues Band are good for it, with their cookin-with-gas mix of blues and blues-based rock. The band* is guaranteed to appeal to anyone of voting age with a pulse and ears.

Three of the original line-up have a history of drawing an audience as the former Marinated Blues Band, which played locally for 4 years, and whose talent led them to support the Angels at the 2012 Thunderbolts Rally. The addition of new drummer Leith Moonen has created renewed energy for this old-school blues outfit. 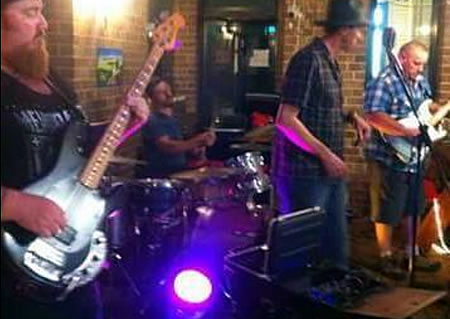 Crooning front-man, Anthony ‘Sigi’ Signor (Italian design, made in Australia; current part-time resident of the Barrington Tops) blows a mean blues harp – or harmonica for the uninitiated. Some say his vocals have been compared to Fred# Sinatra and Jim Morrison’s house-keeper’s dog trainer.

Weston-based lead (and only) guitarist Tim Matthews fondles the fret-board like few others can – with enough feel to make a good woman weak at the knees, and enough pace to outrun Black Caviar.

Branxton’s very own Jon Gimbert lays down a driving base line in his own laid-back style; in fact if he was any more laid back, he’d be lying on the floor. In his years of playing base, there’s only been one confirmed sighting of his feet moving during a gig.

The foundation for all of this is now belted out by drummer Leith Moonen – from somewhere east of Jerrys Plains – who puts more energy into his drums than Bayswater generates on a hot day. 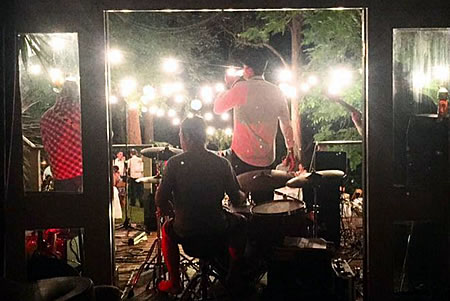 The Foggy Swamp Blues Band plays a diverse range – from blues standards through to fast numbers that you can’t help but boogie to. They do everything from modern covers of Robert Johnson standards originally recorded in 1936, to Credence Clearwater and The Doors. A typical gig starts off with some mellow blues that always makes for good socialising, and later on the band will crank it up to fill the dance floor. They can belt out up to four hours of music (e.g. 4x 45min sets).

The Foggy Swamp Blues Band is available for anything you have in mind: bar-mitsvah’s, christenings, funerals, Olympic Opening Ceremonies etc.