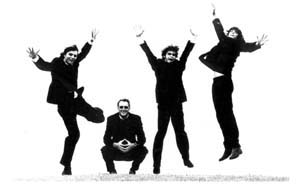 Take yourself back to the time when the world was a simpler place, when long hair signified crisis and four young men burst onto the scene to change the face of the music industry.

Beatrix epitomise the period of the four-mop-topped Liverpool boys who took pop hysteria to its heights with The Beatles.

Beatrix is a tribute to the raw sound of the Fab Four in their early days.

Honouring their work from 1961 to 1965, Beatrix brings an honest edge to those early sounds, performing hits that are etched in the psyches of people around the world.

From 'Hey Jude' to 'Revolution', Beatrix can play any Beatles song and are open to requests.

Popular Newcastle-based band Beatrix is due to re-emerge around the city with a collection of secured gigs in the region.

The band has secured performances at venues including the Duck's Nuts, The Grand, The Beaches and the Royal Inn Hotel.

Drummer Kerry described the band's repertoire as, "a diverse range of memorable and colourful material based on the 'mop top' era".

"It was a time when Mersey Beat and Rhythm and Blues burst onto the scene and changed the face of the music industry," he said.

Vocalist/bass guitarist Michael said, "the new repertoire allowed the band to entertain a vast range of audiences at any chosen venue, with an element of spontaneity". 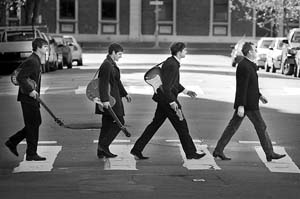