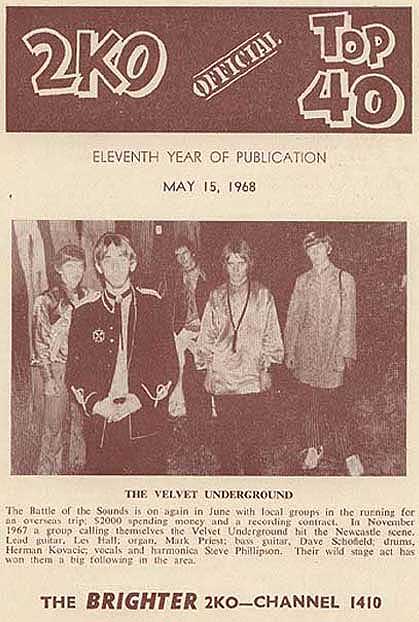 They were the Hunter Valley's version of The Doors, The Rolling Stones and The Who, all rolled into one at the end of the 60's. They set themselves on fire, they trashed their equipment, they let off smoke bombs, they wore bell-bottom pants, they played very loudly and they were a threat to all Novocastrian's daughters.

They had an unusual stage act where the vocalist Steve Phillipson set fire to himself during the Jimi Hendrix song 'Fire', (lighter fluid on a leather jacket). This had an unsettling effect on hall managers and caretakers.
Steve Phillipson later went solo accompanying himself on acoustic guitar. He appeared at the Fairlight Rock Festival (near Mittagong, NSW) in 1971.
Les Hall and Herman Kovac were into Free and The Rolling Stones material which they carried over to the Ted Mulry Gang.
And we all know where Malcom Young went.

She Comes In Colours